Ohio Keeps it at home!

Forget about that other Cleveland team that may or may not bring home a championship and look here! Over the weekend, Ohio teams did their home state proud and brought home the hardware at the inaugural NXL event in Cleveland.  Cleveland Imperial, an Empire All In team through The Paintball Sphere, took 3rd in the ever brutal and demanding Division II X-Ball. Well done guys, you looked good doing it. 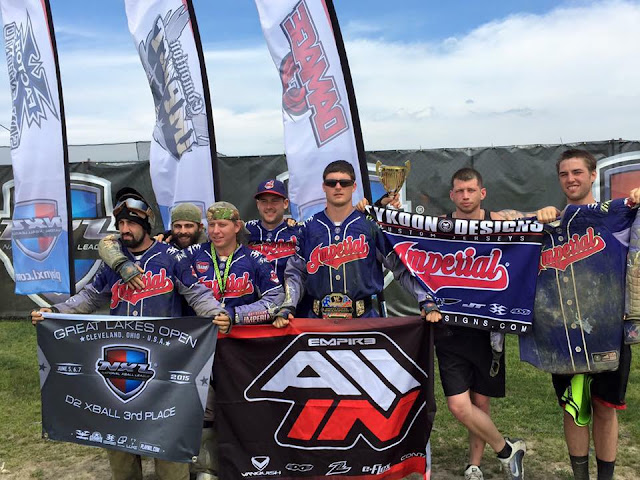 In Division III, the DZ Allstars, a Paintball Sphere and Planet Eclipse team WON the event convincingly, posting a shutout in their final match against a tough Competitive Edge team, 4-0. Many an Allstar Geo 3.5, tuned by The Paintball Sphere, performed like the champions that held them.
It was obvious to all who were watching that this team earned every point they won and stood atop the pile as the clear champions. Congratulations boys, you did Northeast Ohio proud. Two claps and a woo! indeed.

Posted by Nick
Email ThisBlogThis!Share to TwitterShare to FacebookShare to Pinterest

The Paintball Sphere is a Planet Eclipse Service Center